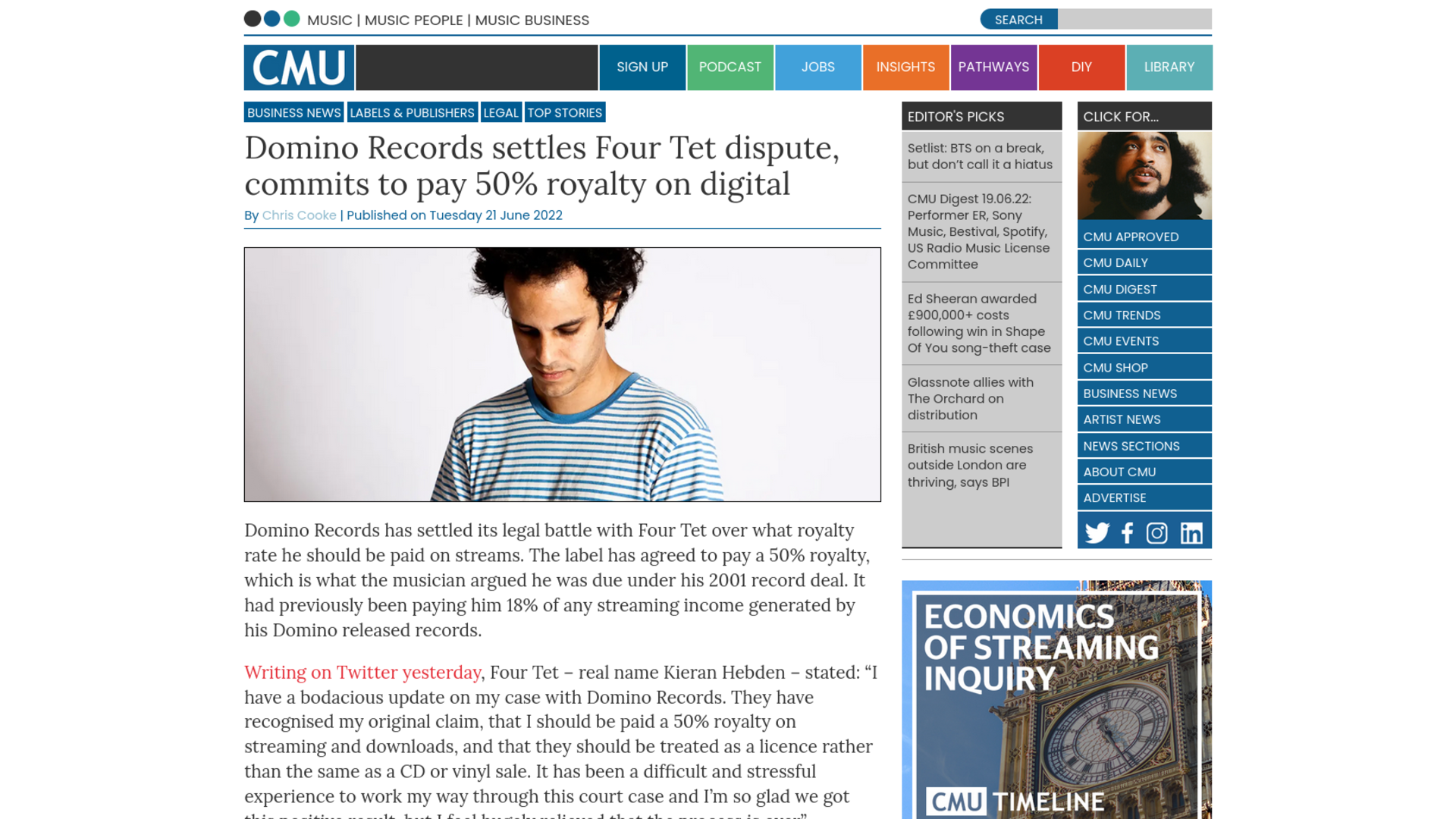 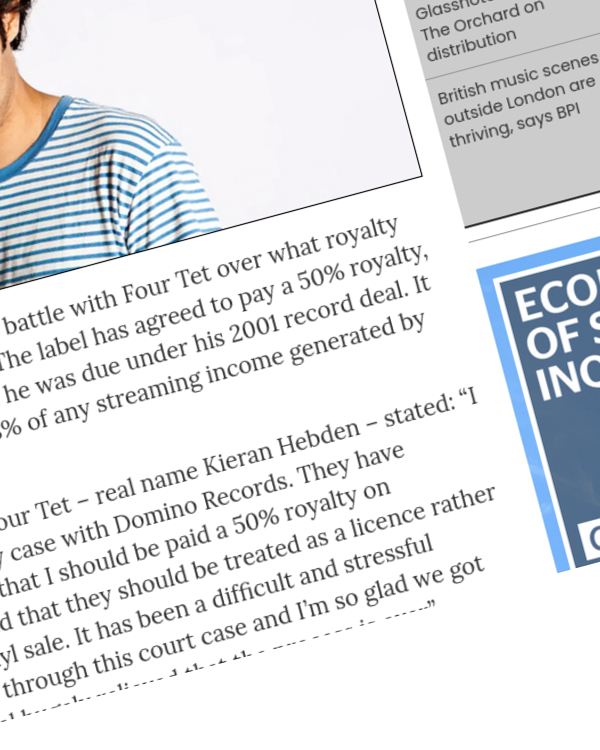 Domino Records has settled its legal battle with Four Tet over what royalty rate he should be paid on streams. The label has agreed to pay a 50% royalty, which is what the musician argued he was due under his 2001 record deal. It had previously been paying him 18% of any streaming income generated by his Domino released records.