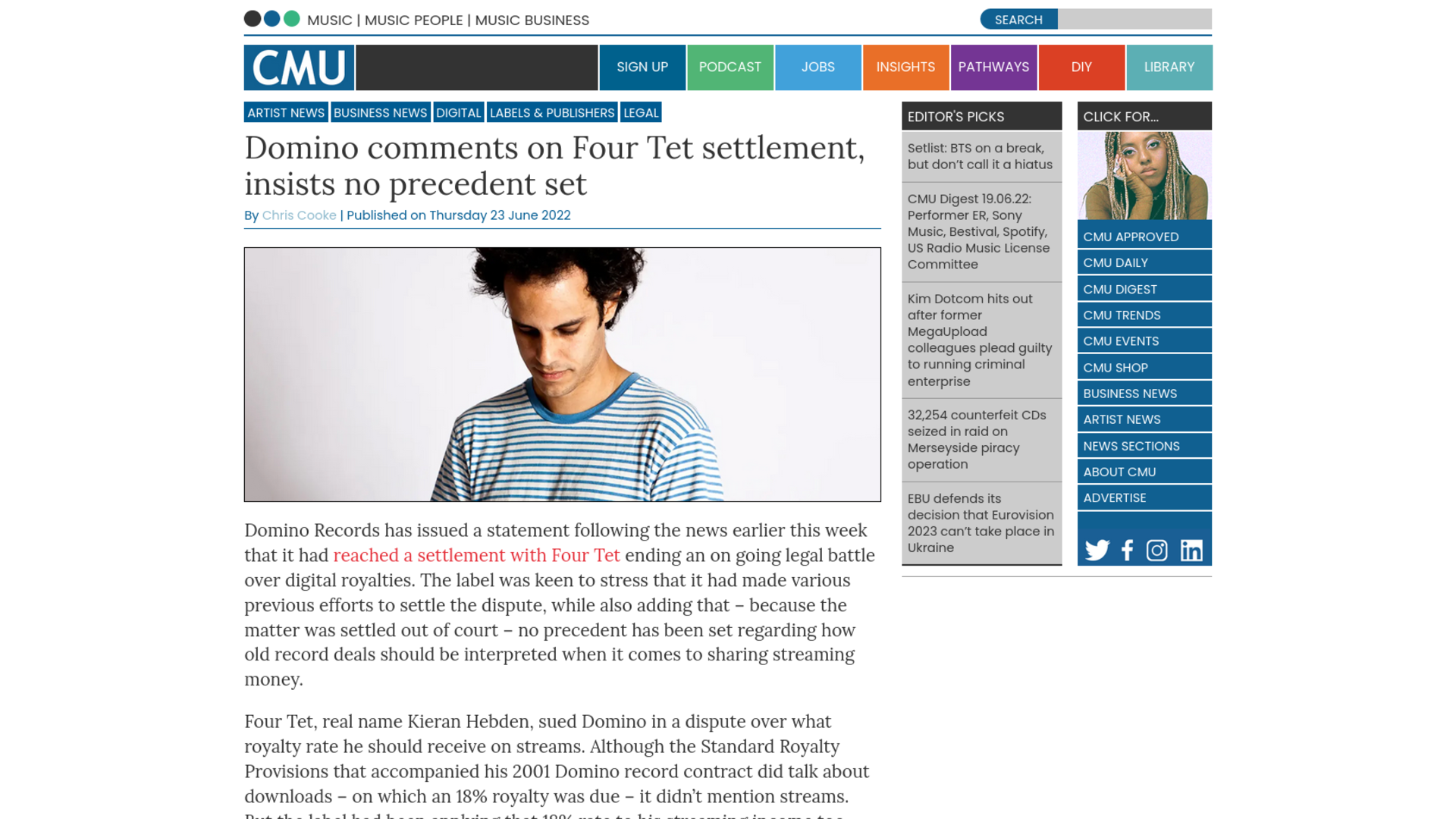 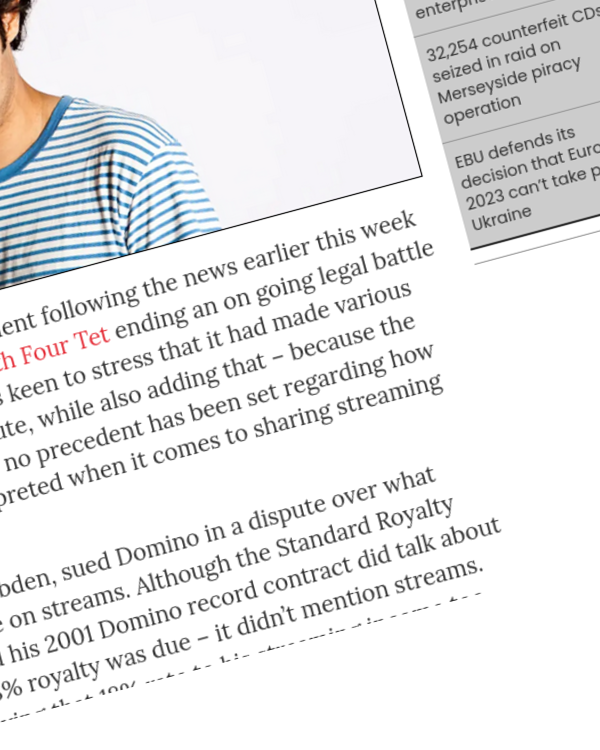 Domino Records has issued a statement following the news earlier this week that it had reached a settlement with Four Tet ending an on going legal battle over digital royalties. The label was keen to stress that it had made various previous efforts to settle the dispute, while also adding that – because the matter was settled out of court – no precedent has been set regarding how old record deals should be interpreted when it comes to sharing streaming money.