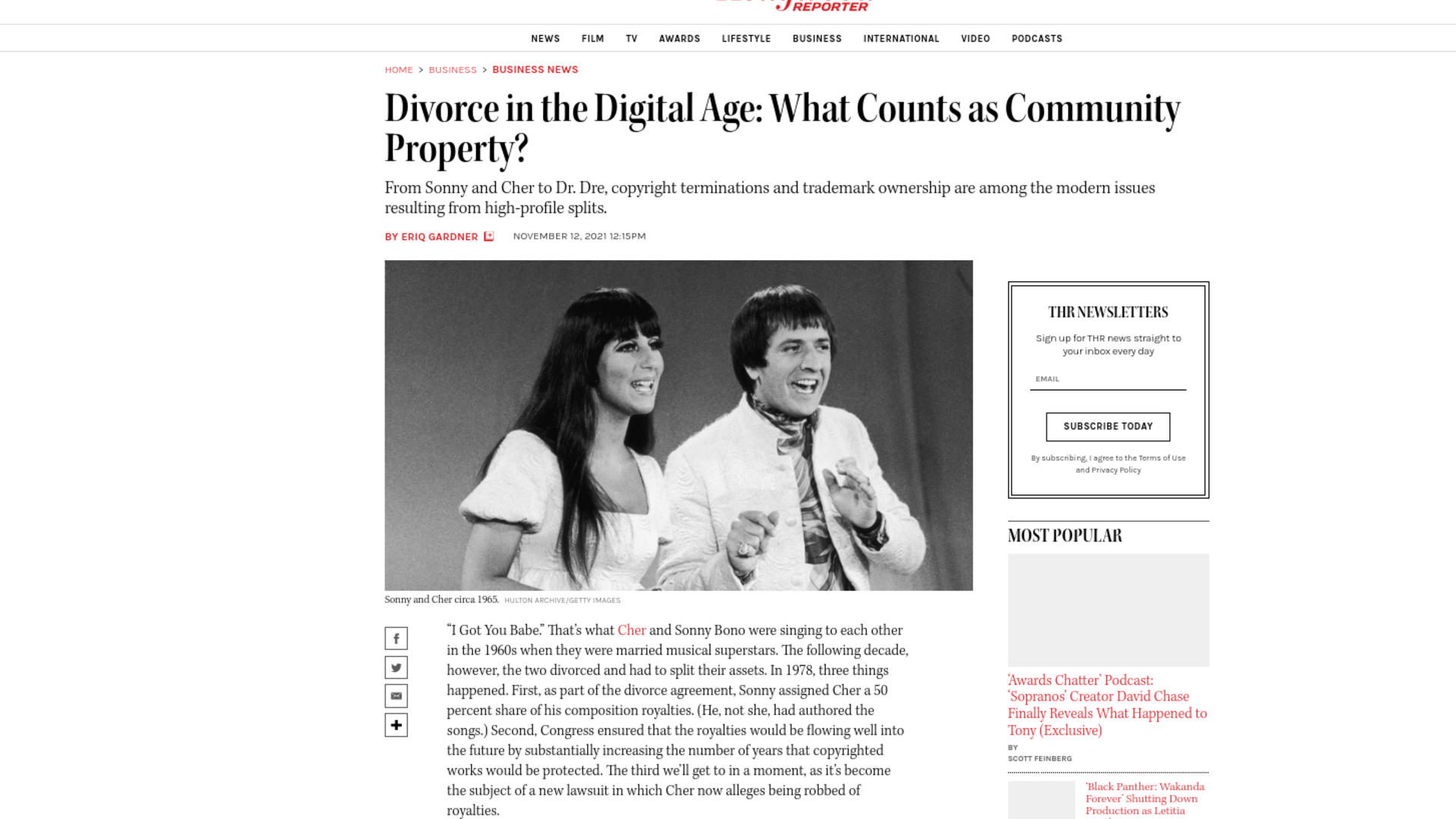 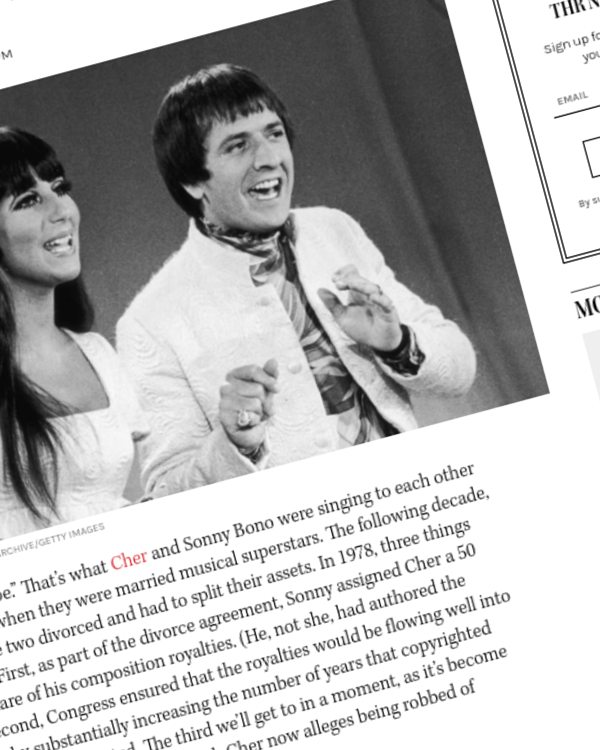 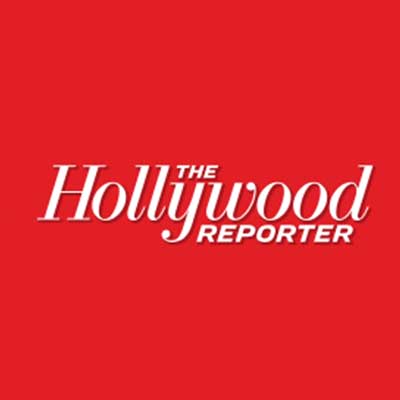 Home Industry News Divorce in the Digital Age: What Counts as Community Property?

Divorce in the Digital Age: What Counts as Community Property?

“I Got You Babe.” That’s what Cher and Sonny Bono were singing to each other in the 1960s when they were married musical superstars. The following decade, however, the two divorced and had to split their assets. In 1978, three things happened. First, as part of the divorce agreement, Sonny assigned Cher a 50 percent share of his composition royalties. (He, not she, had authored the songs.) Second, Congress ensured that the royalties would be flowing well into the future by substantially increasing the number of years that copyrighted works would be protected. The third we’ll get to in a moment, as it’s become the subject of a new lawsuit in which Cher now alleges being robbed of royalties.