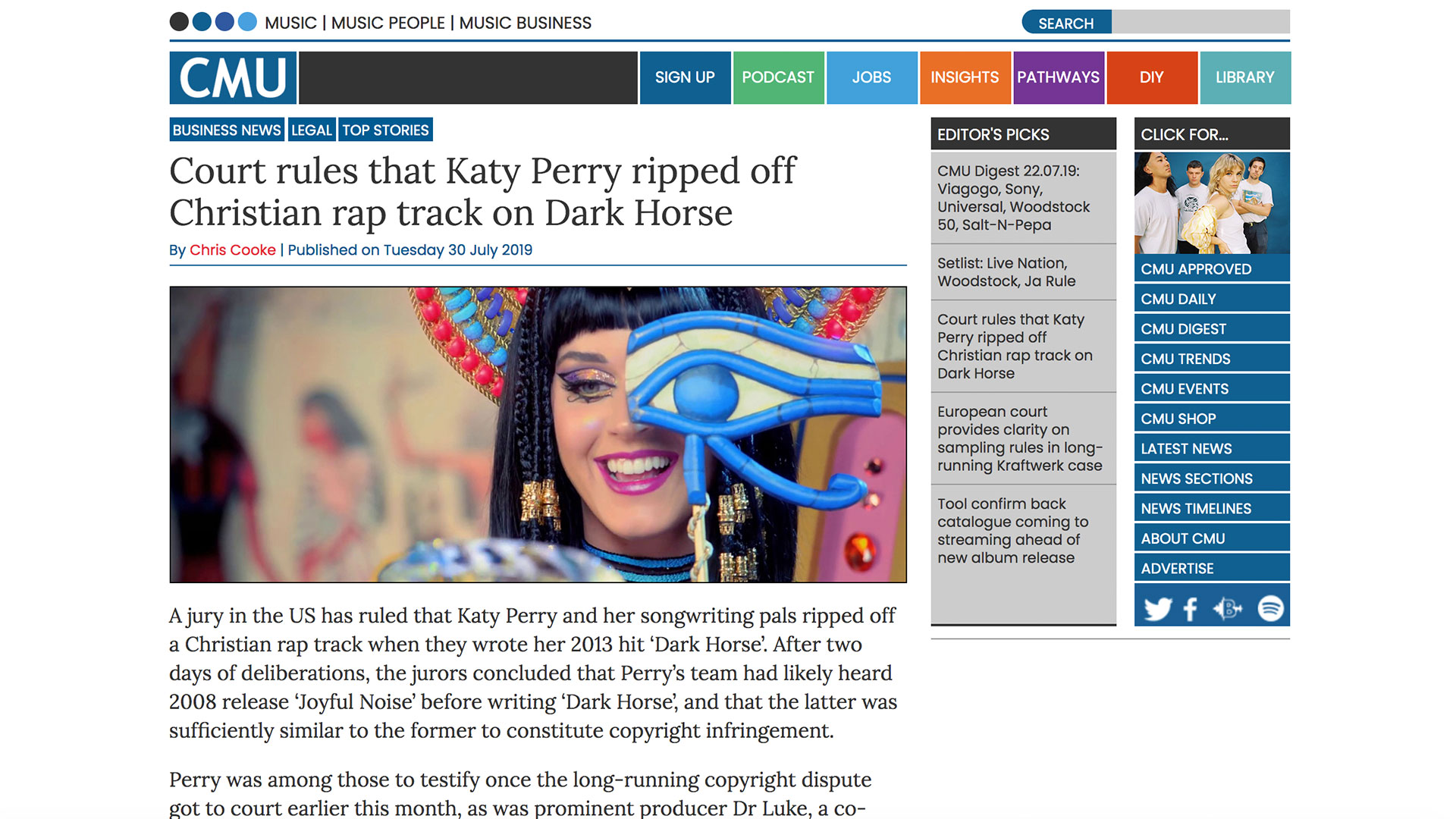 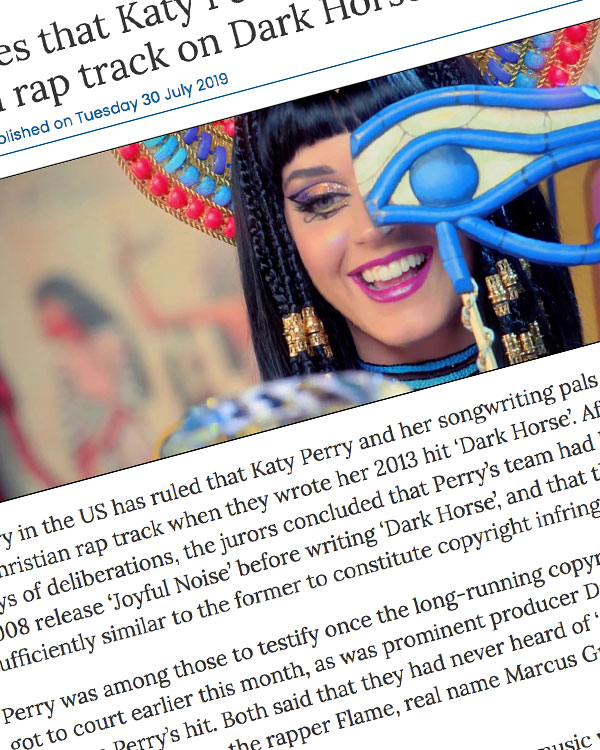 A jury in the US has ruled that Katy Perry and her songwriting pals ripped off a Christian rap track when they wrote her 2013 hit ‘Dark Horse’. After two days of deliberations, the jurors concluded that Perry’s team had likely heard 2008 release ‘Joyful Noise’ before writing ‘Dark Horse’, and that the latter was sufficiently similar to the former to constitute copyright infringement.