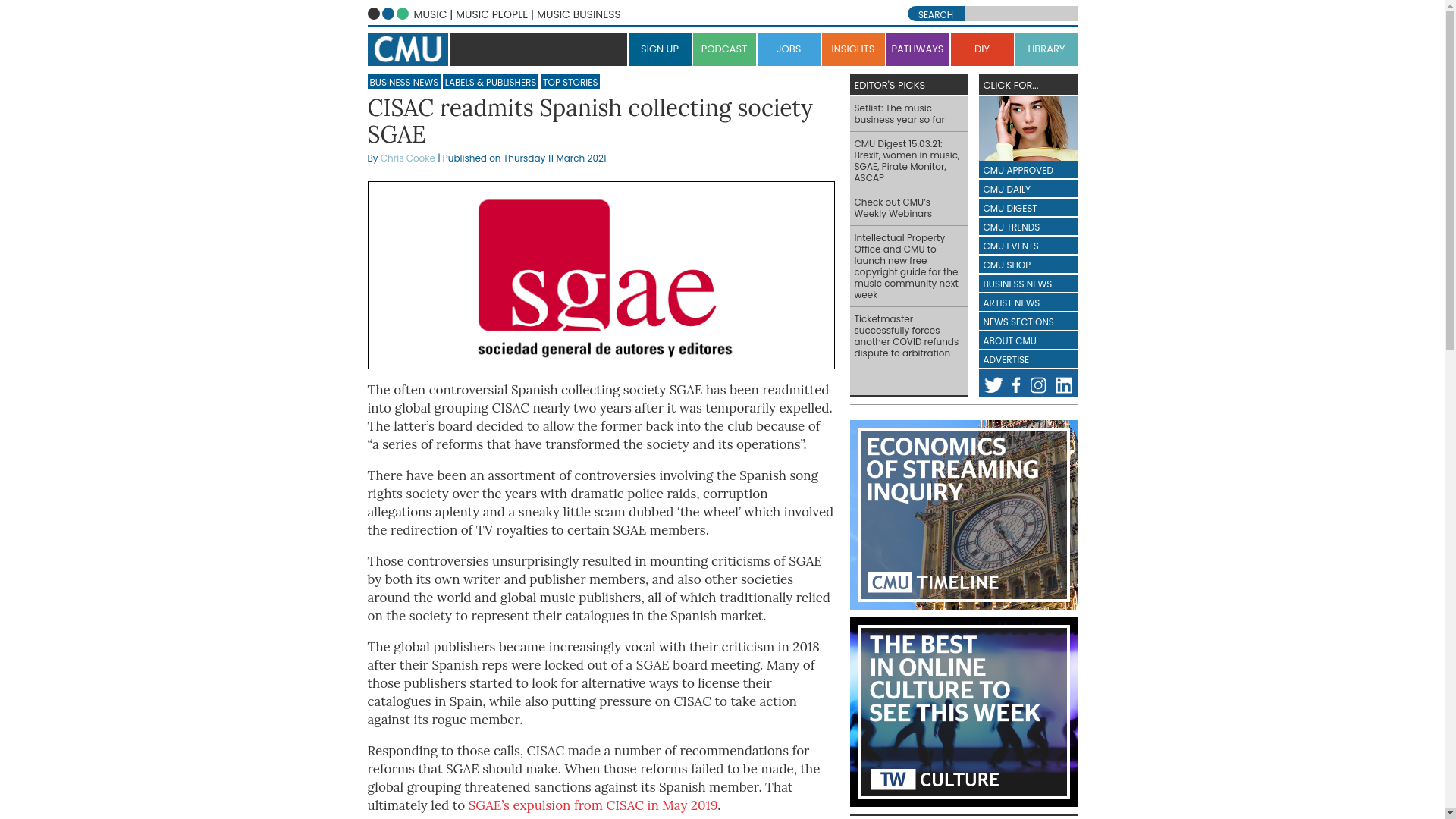 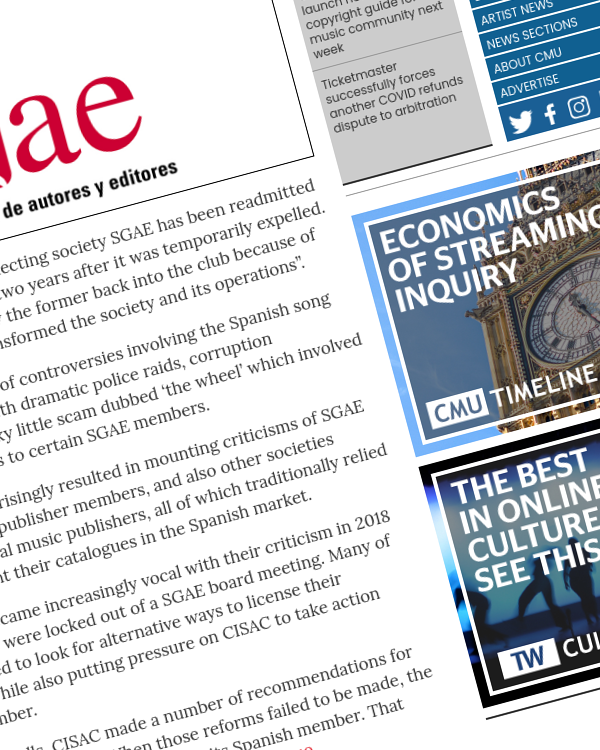 The often controversial Spanish collecting society SGAE has been readmitted into global grouping CISAC nearly two years after it was temporarily expelled. The latter’s board decided to allow the former back into the club because of “a series of reforms that have transformed the society and its operations”.