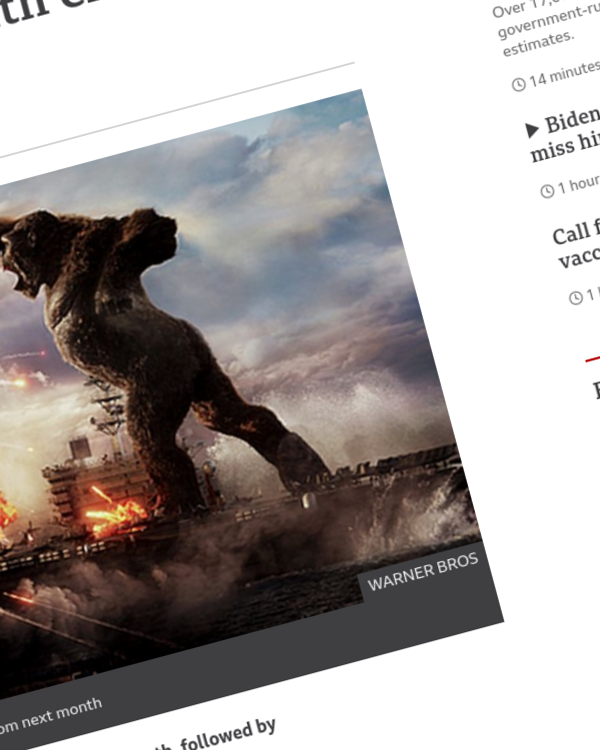 Cineworld has announced it will reopen US cinemas next month, followed by the UK in May, after signing a deal with Warner Bros to show films in theatres before they are streamed.

The company will open a handful of its Regal cinemas in the US in early April.

Godzilla vs. Kong will be the first film to make its debut in the theatres.

Cineworld said the deal with Warner Bros means films will have a period of exclusivity in cinemas before being made more widely available.