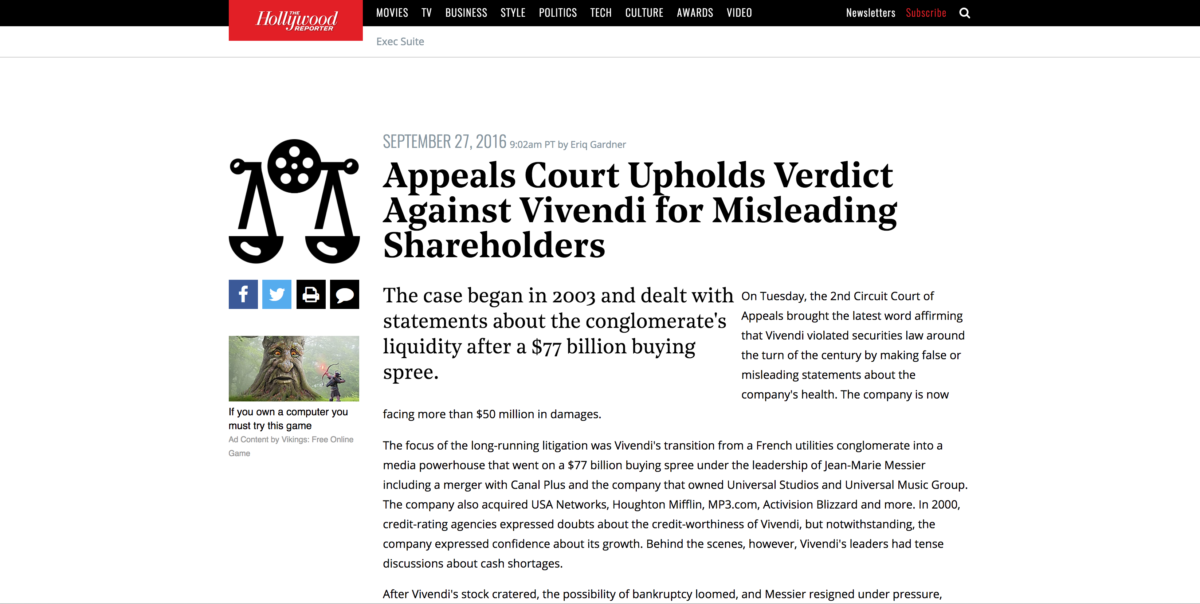 The case began in 2003 and dealt with statements about the conglomerate’s liquidity after a $77 billion buying spree.
On Tuesday, the 2nd Circuit Court of Appeals brought the latest word affirming that Vivendi violated securities law around the turn of the century by making false or misleading statements about the company’s health. The company is now facing more than $50 million in damages.The focus of the long-running litigation was Vivendi’s transition from a French utilities conglomerate into a media powerhouse that went on a $77 billion buying spree under the leadership of Jean-Marie Messier including a merger with Canal Plus and the company that owned Universal Studios and Universal Music Group.