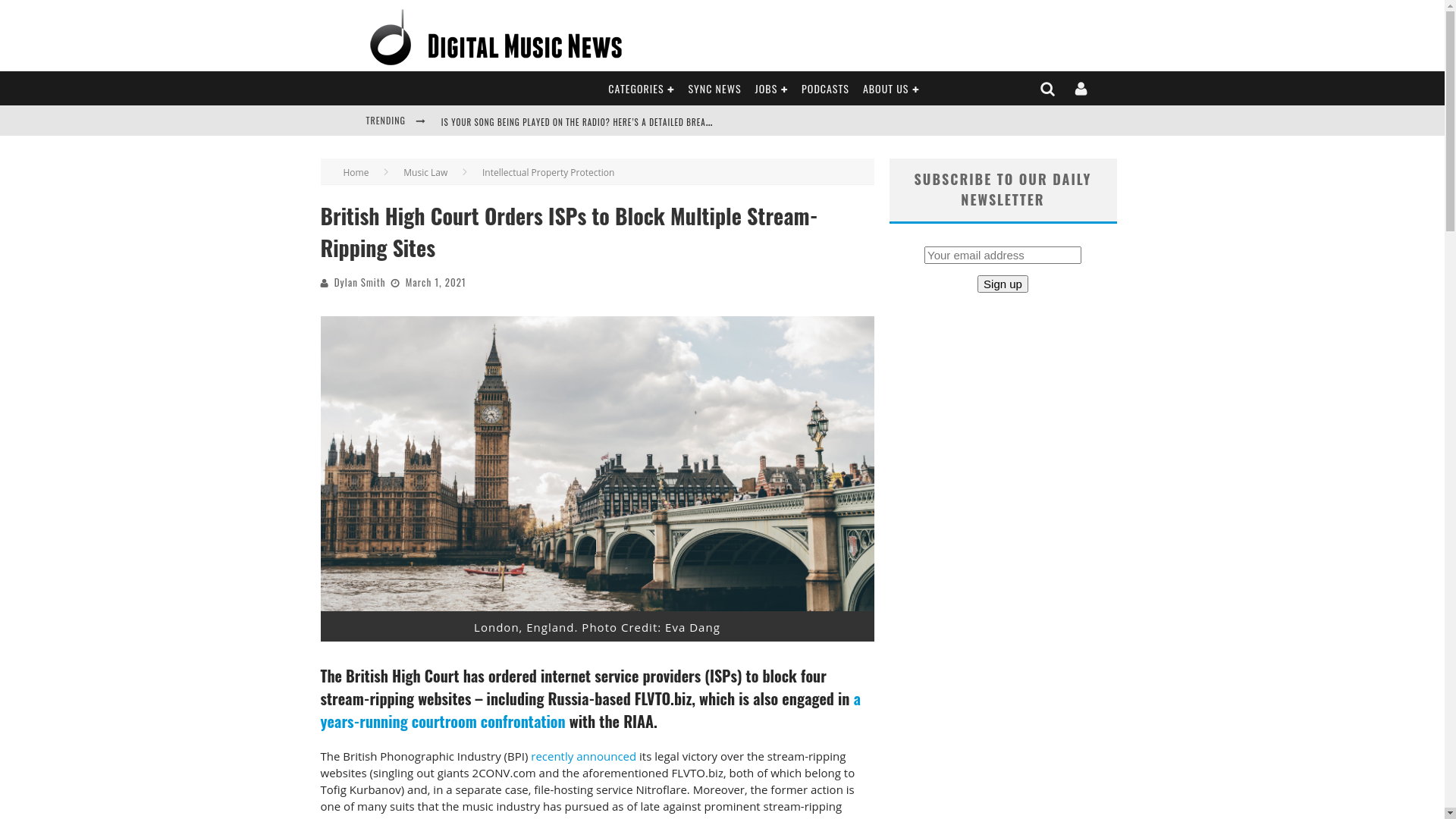 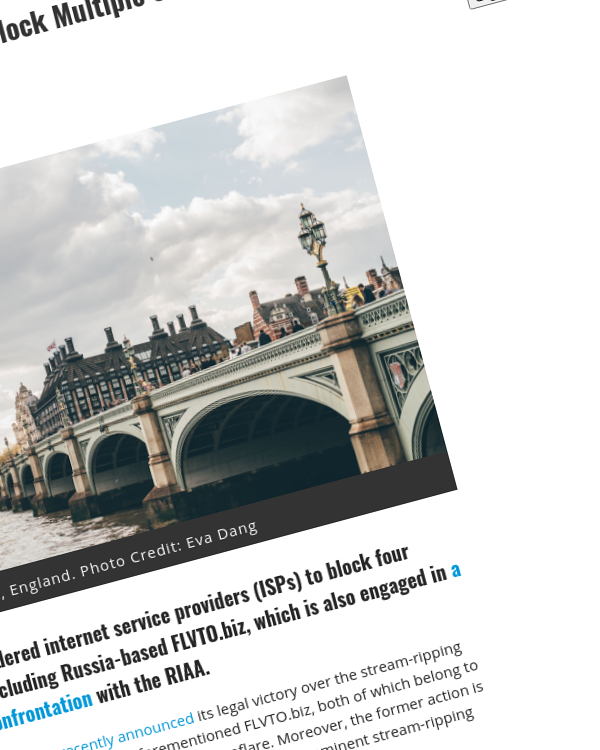 The British High Court has ordered internet service providers (ISPs) to block four stream-ripping websites – including Russia-based FLVTO.biz, which is also engaged in a years-running courtroom confrontation with the RIAA.
The British Phonographic Industry (BPI) recently announced its legal victory over the stream-ripping websites (singling out giants 2CONV.com and the aforementioned FLVTO.biz, both of which belong to Tofig Kurbanov) and, in a separate case, file-hosting service Nitroflare. Moreover, the former action is one of many suits that the music industry has pursued as of late against prominent stream-ripping platforms, which enable users to download videos’ audio.