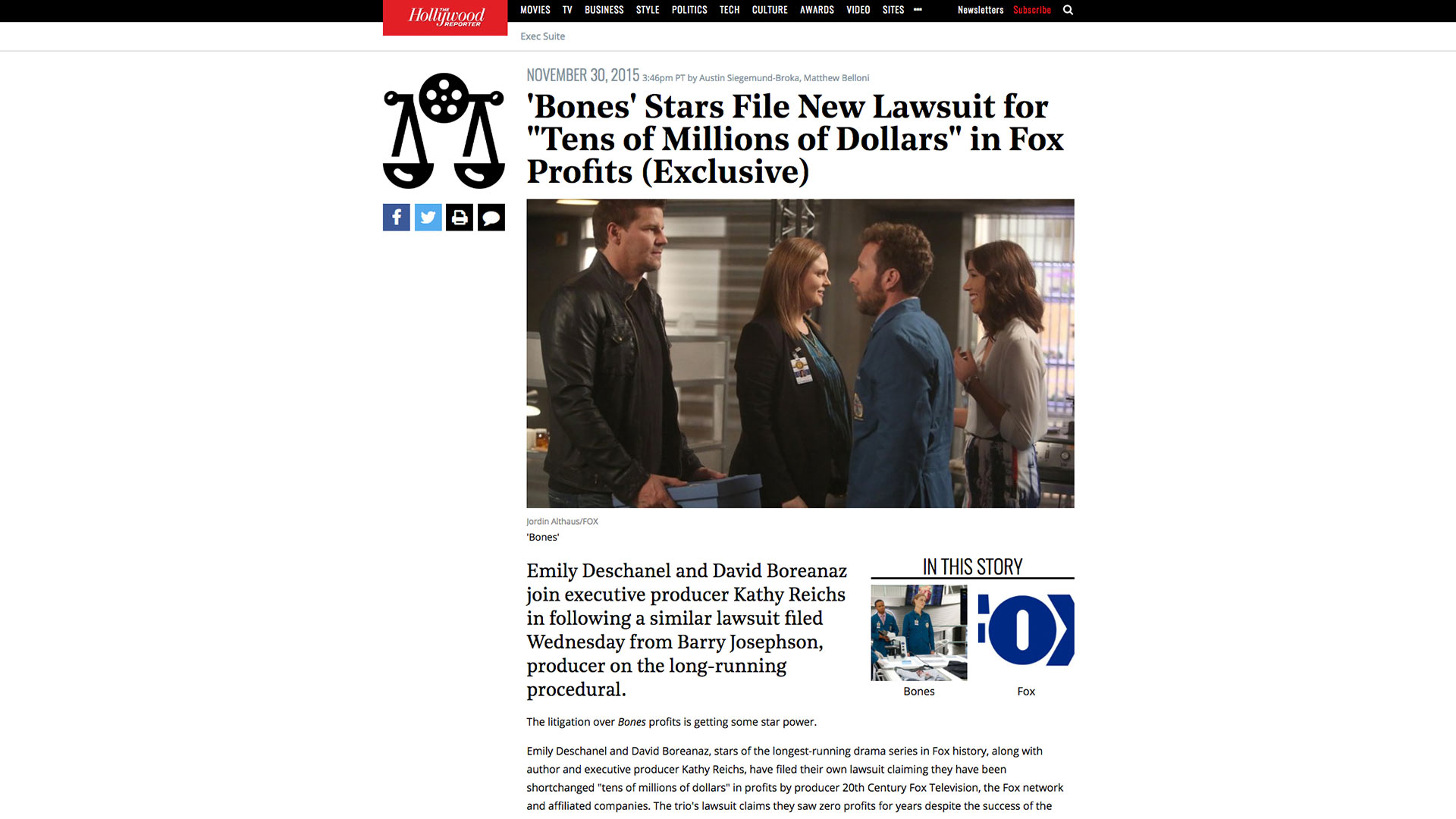 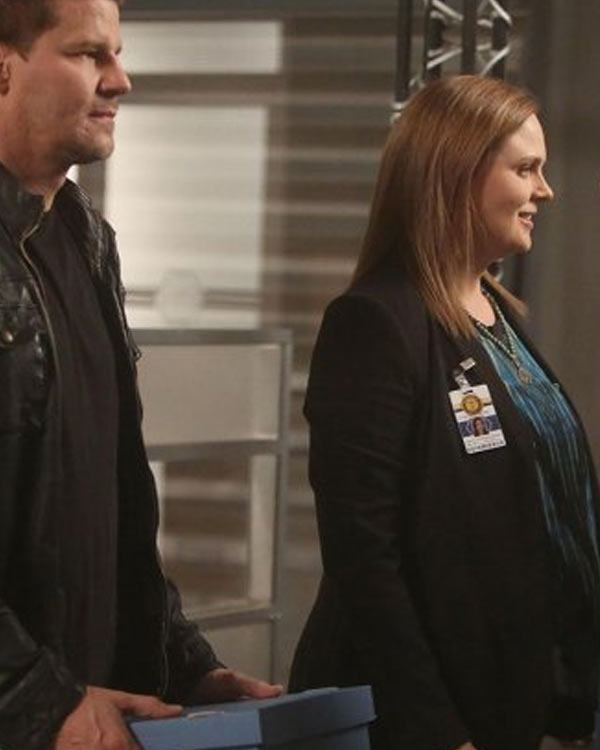 Emily Deschanel and David Boreanaz join executive producer Kathy Reichs in following a similar lawsuit filed Wednesday from Barry Josephson, producer on the long-running procedural.
The litigation over Bones profits is getting some star power.

Emily Deschanel and David Boreanaz, stars of the longest-running drama series in Fox history, along with author and executive producer Kathy Reichs, have filed their own lawsuit claiming they have been shortchanged “tens of millions of dollars” in profits by producer 20th Century Fox Television, the Fox network and affiliated companies. The trio’s lawsuit claims they saw zero profits for years despite the success of the show. The suit follows a similar case filed Nov. 25 by Barry Josephson, one of the show’s executive producers, who also cried foul over Fox’s accounting for the series.

Barry Josephson, the producer of the TV series Bones, through his company Wark Entertainment, sued Fox on Nov. 25, 2015, claiming that Fox has cheated him out of his share of profits. The complaint seeks unspecified damages on breach of contract, inducing breach of contract, breach of the implied covenant of good faith and fair dealing, intentional interference with contract, unfair competition, fraudulent inducement, declaratory relief and accounting. Specifically, Josephson alleges Fox failed to report nearly $20 million in foreign TV licensing fees and revenue from Fox.com and Hulu and other sources. He additionally claims that Fox misclassified as home video revenue $8 million in electronic sell-through monies. Due to a court order granting Defendant’s motion to compel arbitration in April 2016, the case has been stayed pending the resolution of the arbitrable claims.

Emily Deschanel and David Boreanaz, actors in the Bones series, along with author and executive producer Kathy Reichs, filed their own lawsuit on November 30, 2015, claiming they have been shortchanged “tens of millions of dollars” in profits by Fox.  They specifically claimed that Fox has done the following: underpaid them through accounting tricks and “vertical integration”; fraudulently accounted for revenue; employed strong-arm tactics to lower license fees to the point that the series never showed a profit; and withheld key documents that would help them better ascertain the extent to which they are owed money.