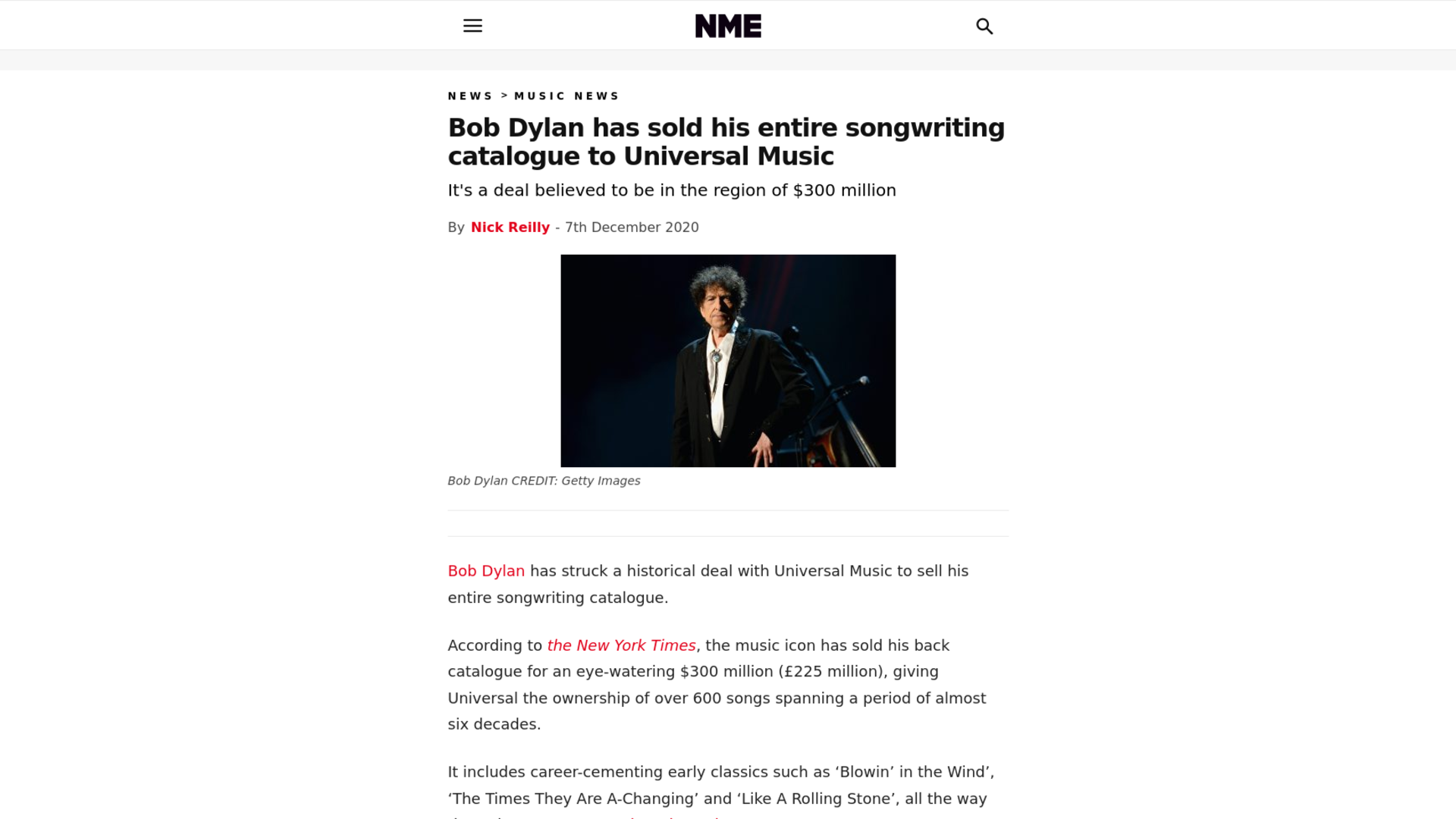 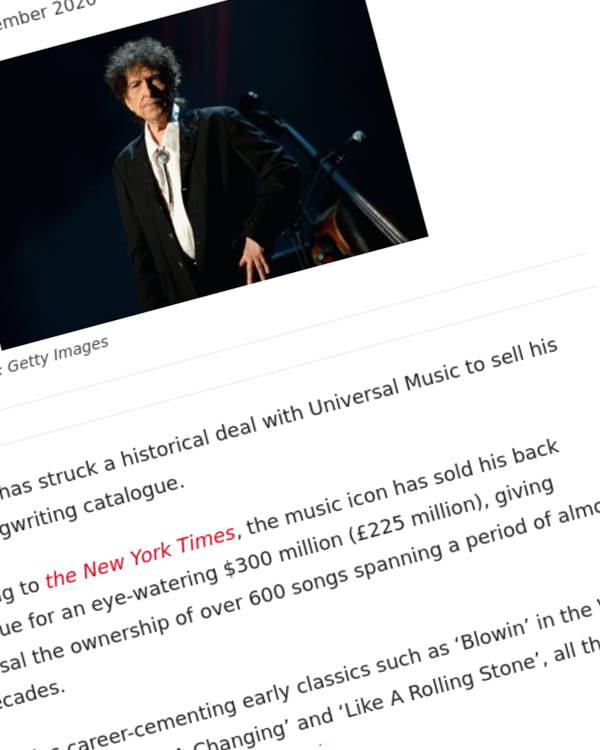 Bob Dylan has struck a historical deal with Universal Music to sell his entire songwriting catalogue.

According to the New York Times, the music icon has sold his back catalogue for an eye-watering $300 million (£225 million), giving Universal the ownership of over 600 songs spanning a period of almost six decades.