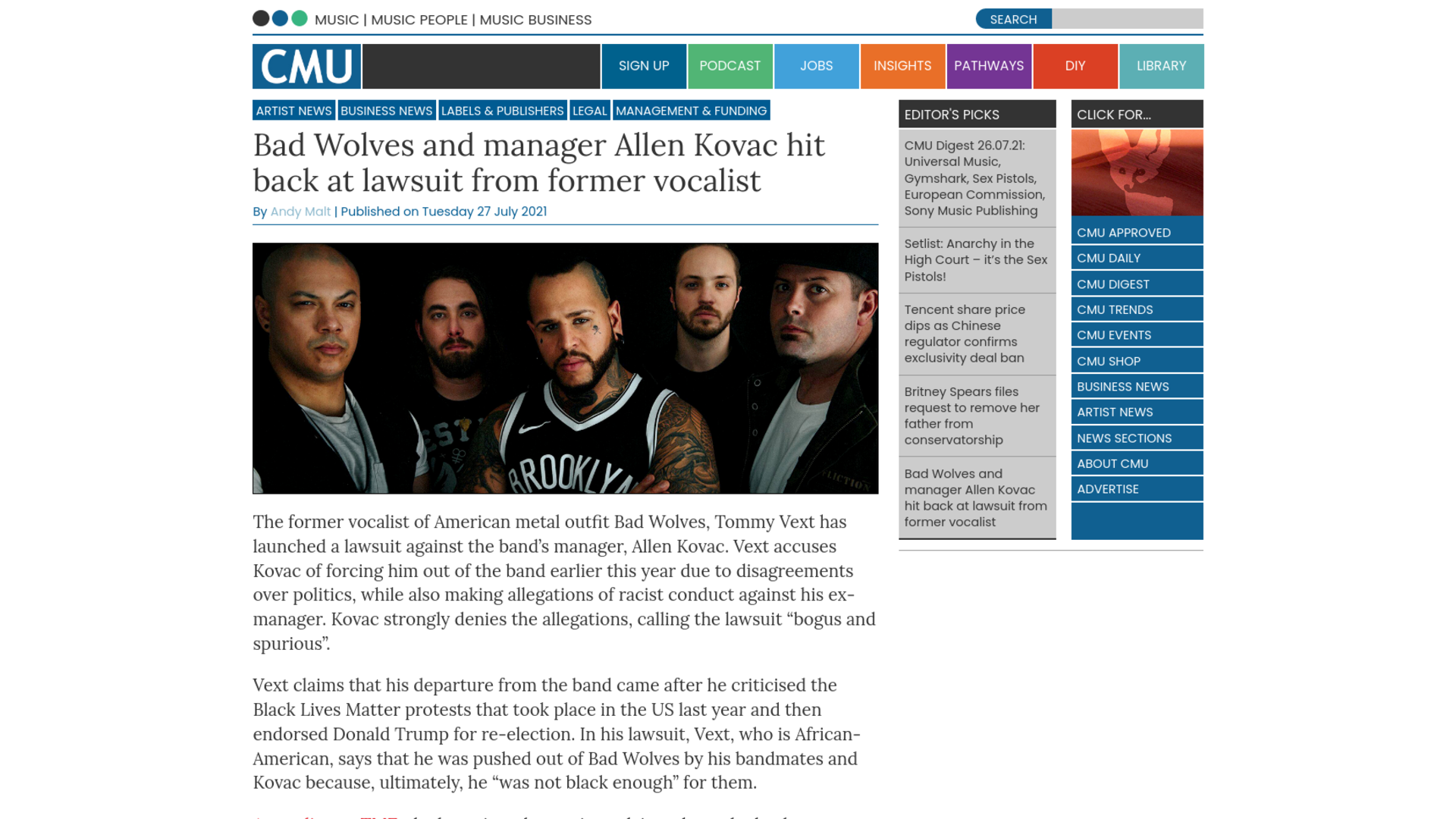 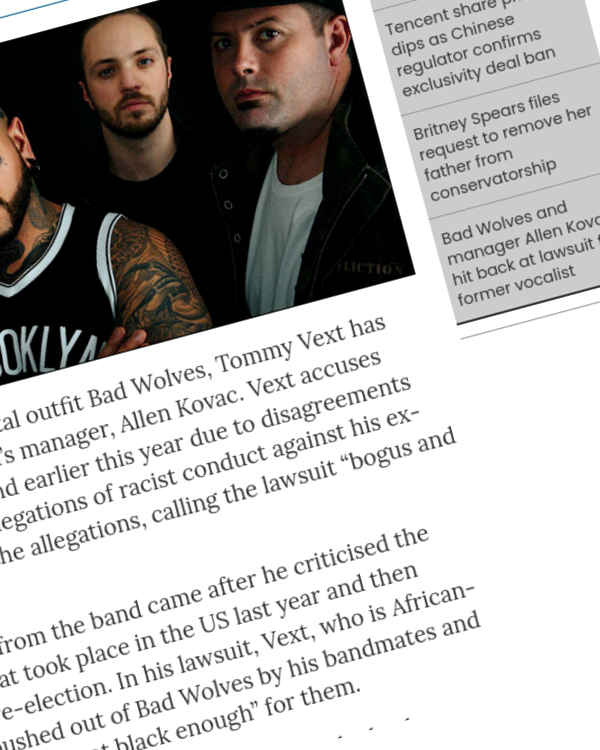 The former vocalist of American metal outfit Bad Wolves, Tommy Vext has launched a lawsuit against the band’s manager, Allen Kovac. Vext accuses Kovac of forcing him out of the band earlier this year due to disagreements over politics, while also making allegations of racist conduct against his ex-manager. Kovac strongly denies the allegations, calling the lawsuit “bogus and spurious”.