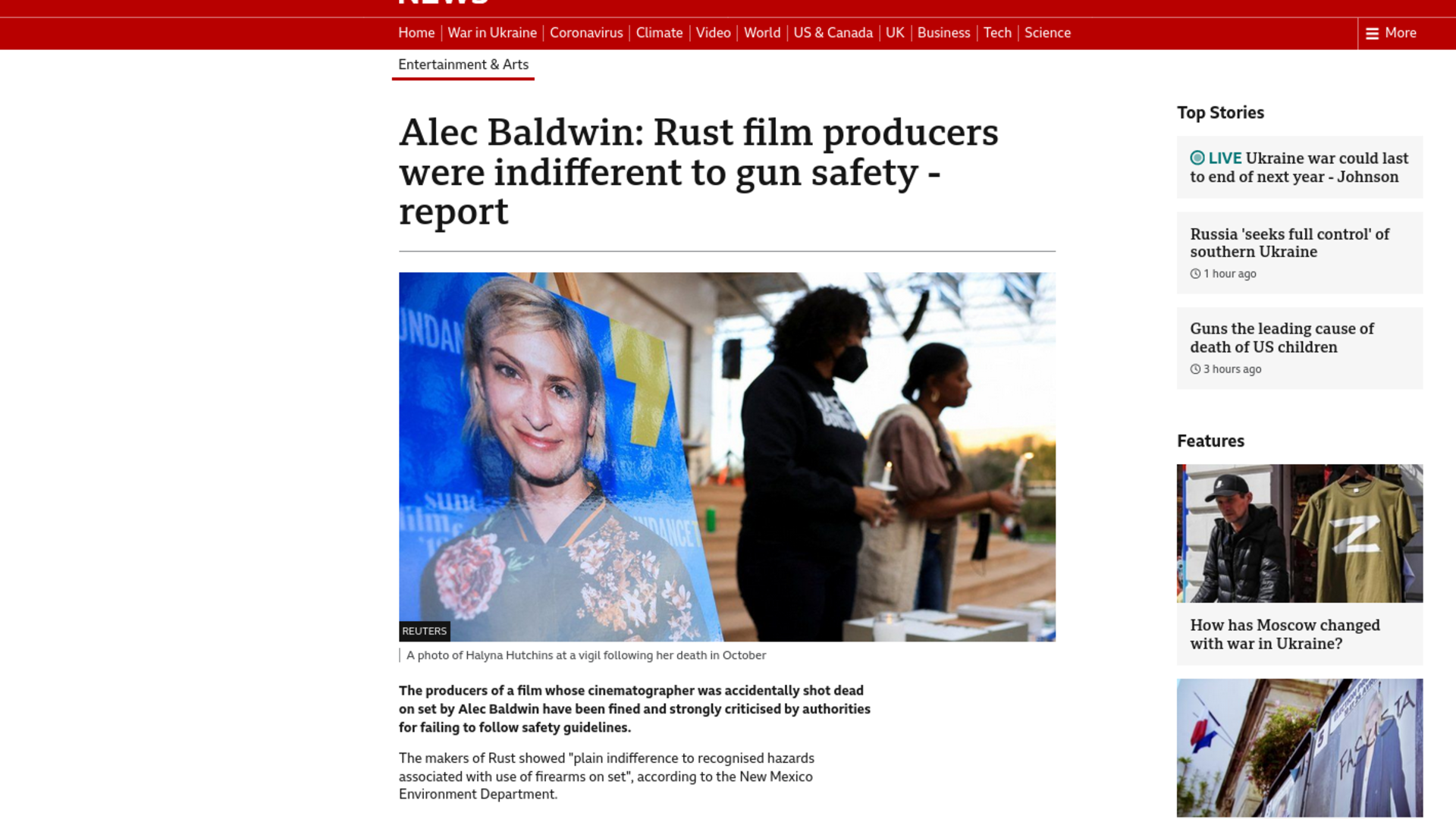 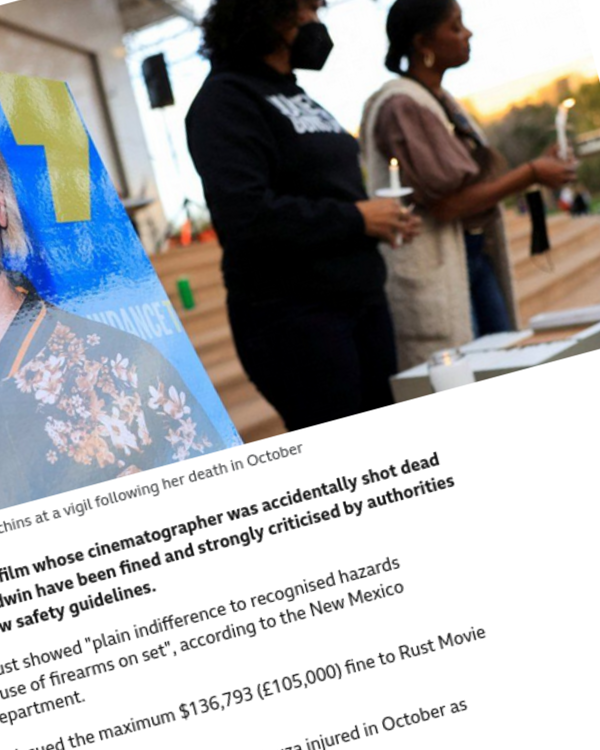 The producers of a film whose cinematographer was accidentally shot dead on set by Alec Baldwin have been fined and strongly criticised by authorities for failing to follow safety guidelines.

The makers of Rust showed “plain indifference to recognised hazards associated with use of firearms on set”, according to the New Mexico Environment Department.