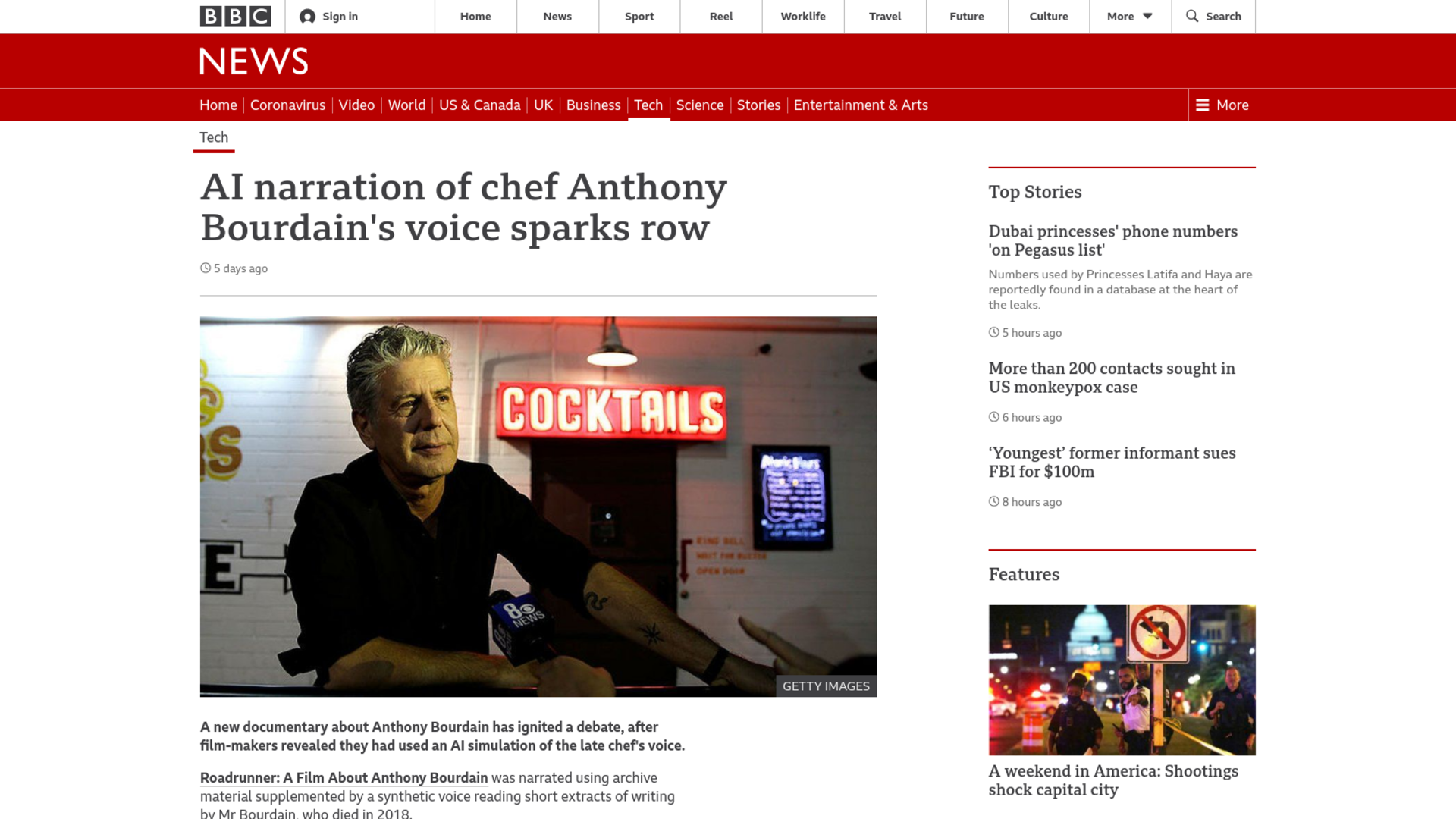 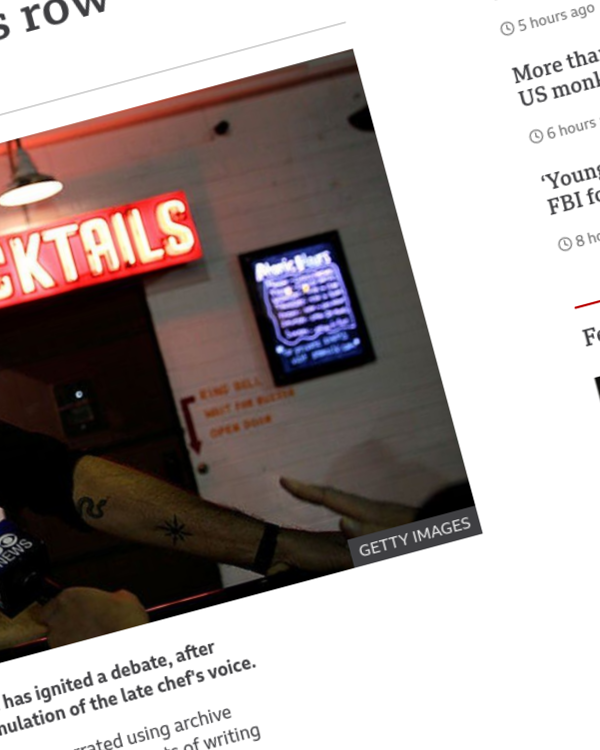 A new documentary about Anthony Bourdain has ignited a debate, after film-makers revealed they had used an AI simulation of the late chef’s voice.

Roadrunner: A Film About Anthony Bourdain was narrated using archive material supplemented by a synthetic voice reading short extracts of writing by Mr Bourdain, who died in 2018.