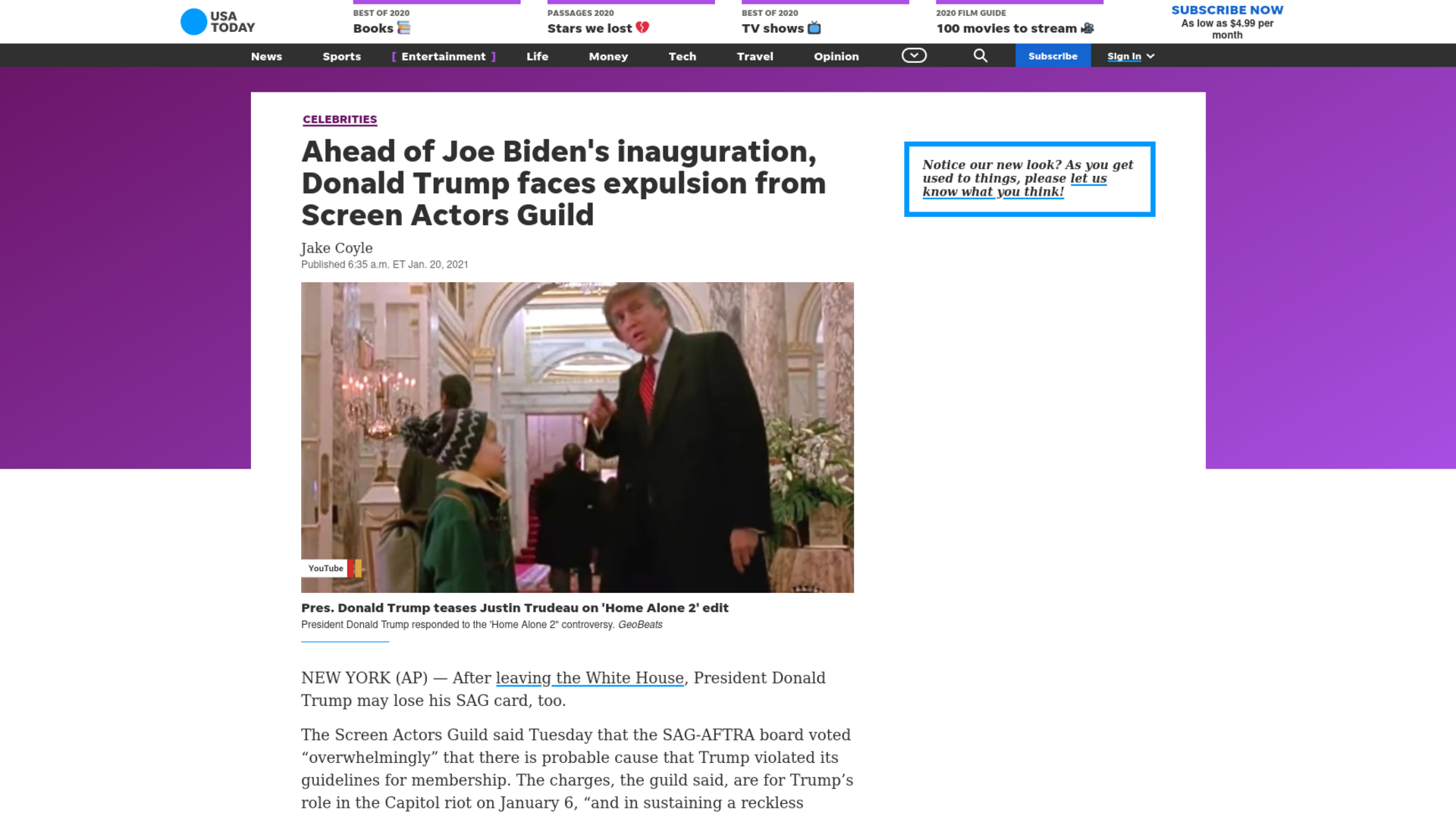 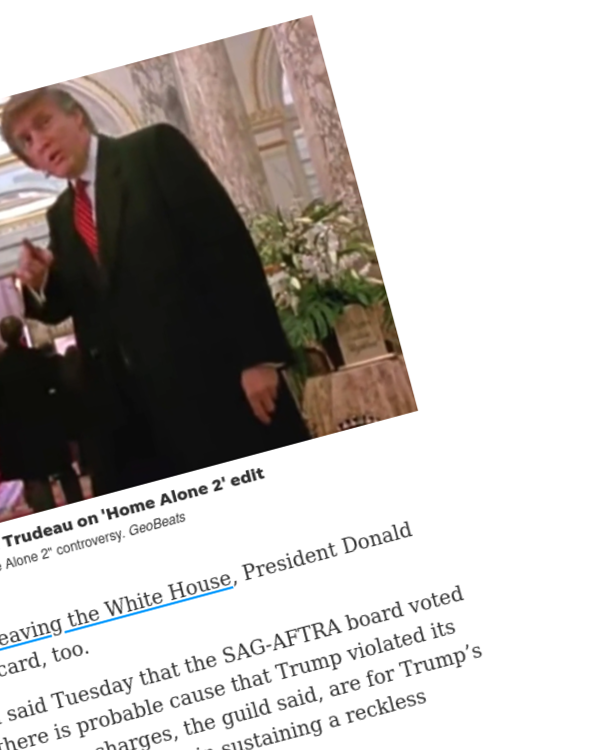 The Screen Actors Guild said Tuesday that the SAG-AFTRA board voted “overwhelmingly” that there is probable cause that Trump violated its guidelines for membership. The charges, the guild said, are for Trump’s role in the Capitol riot on January 6, “and in sustaining a reckless campaign of misinformation aimed at discrediting and ultimately threatening the safety of journalists, many of whom are SAG-AFTRA members.”