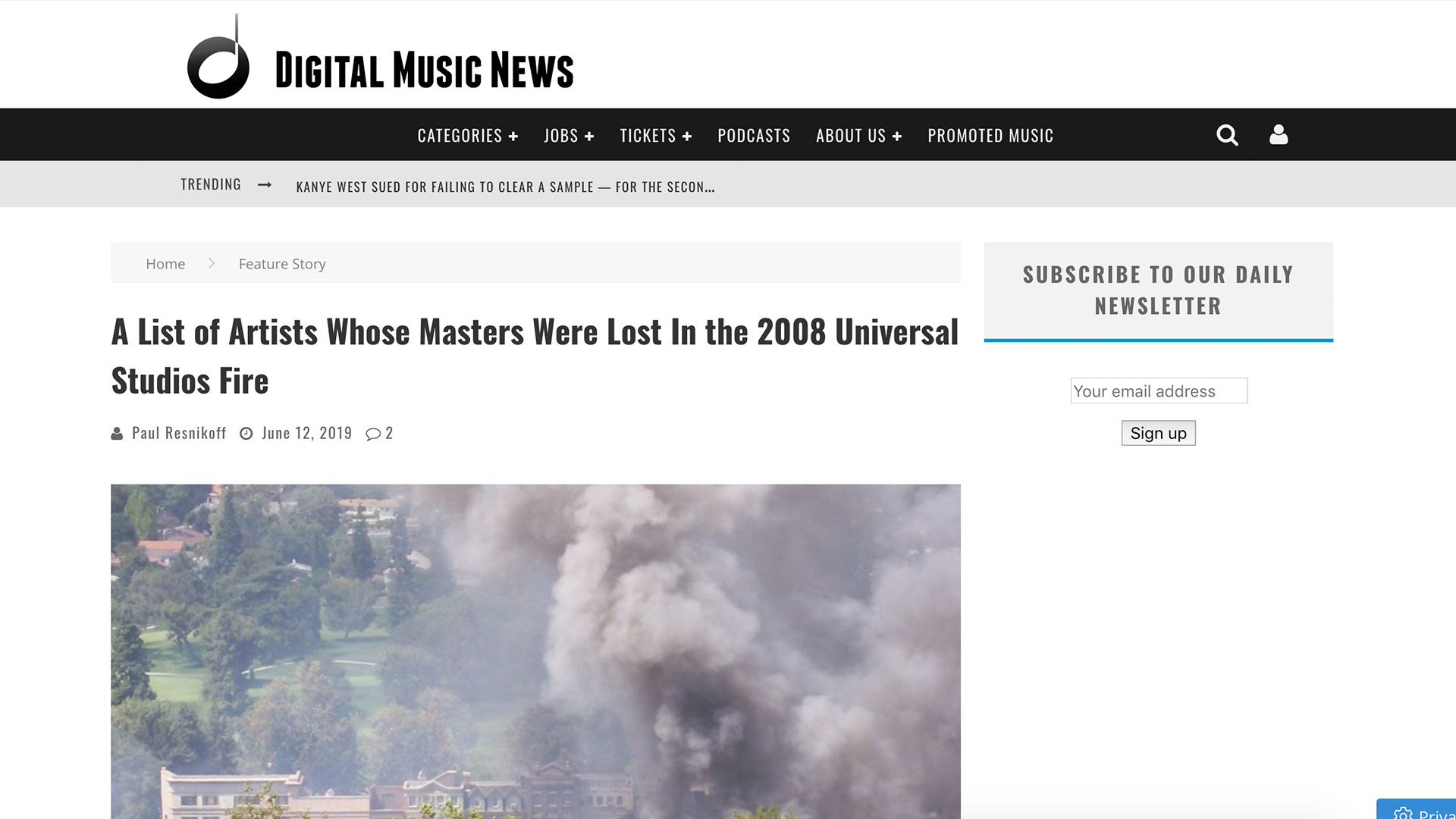 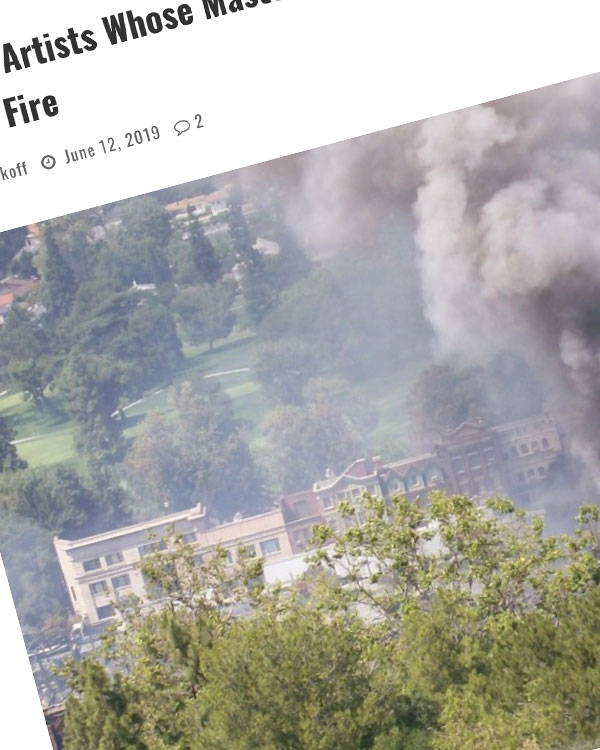 The ripples are just being felt from Jody Rosen’s bombshell New York Times Magazine exposé on the Universal Studios fire of 2008.

The losses felt by Universal Music Group were staggering — not to mention the broader music community. Yet nobody knew about the horrific losses, including affected artists, their managers, or their estates.