It Isn’t Merely Huge Studios That Practice Creative Accounting, Either

This wasn’t the first time Paramount allegedly worked around paying a writer for his work. Way back in 1982 humorist Art Buchwald pitched a treatment to Paramount called “It’s A Crude, Crude World”, which was later renamed King for a Day. The story was about a member of African royalty (planned to be played by Eddie Murphy) coming to the United States and his misadventures while attempting to fit in, including a stint in poverty. The screenplay went through many iterations with many writers and director John Landis was approached to direct, but the film went into development hell so Warner Bros. optioned the treatment. 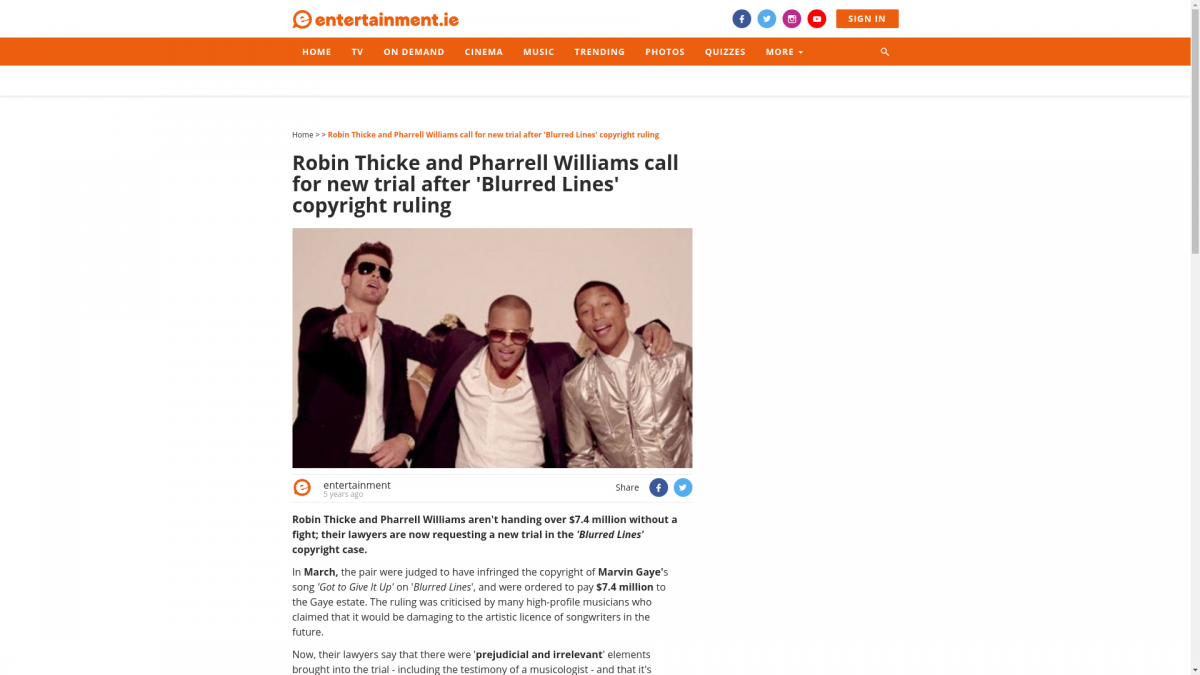 Robin Thicke and Pharrell Williams aren’t handing over $7.4 million without a fight; their lawyers are now requesting a new trial in the ‘Blurred Lines’ copyright case.

In March, the pair were judged to have infringed the copyright of Marvin Gaye’s song ‘Got to Give It Up’ on ‘Blurred Lines’, and were ordered to pay $7.4 million to the Gaye estate. The ruling was criticised by many high-profile musicians who claimed that it would be damaging to the artistic licence of songwriters in the future.