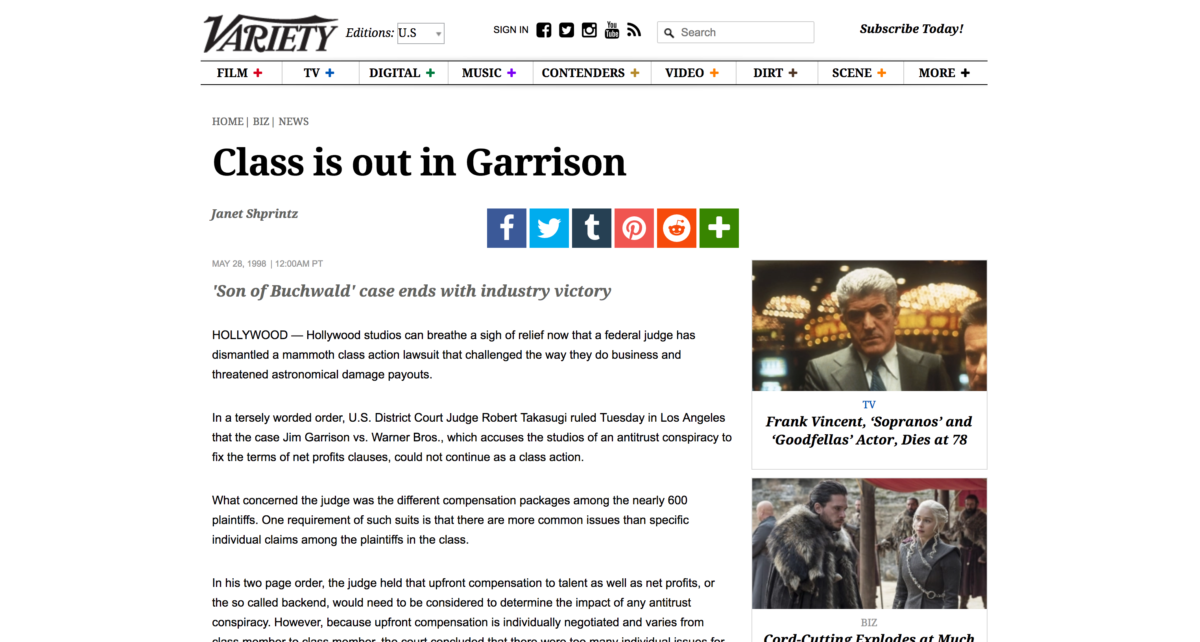 HOLLYWOOD — Hollywood studios can breathe a sigh of relief now that a federal judge has dismantled a mammoth class action lawsuit that challenged the way they do business and threatened astronomical damage payouts.

In a tersely worded order, U.S. District Court Judge Robert Takasugi ruled Tuesday in Los Angeles that the case Jim Garrison vs. Warner Bros., which accuses the studios of an antitrust conspiracy to fix the terms of net profits clauses, could not continue as a class action.

Class is out in Garrison